Is There a Shock Headed Towards the Real Estate Market? 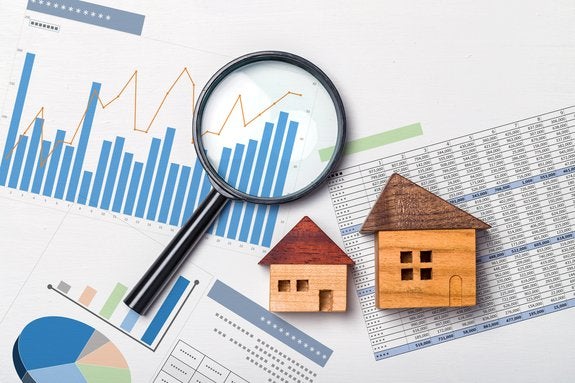 The housing market has been intense since the height of the pandemic, partly due to the introduction of the mortgage forbearance program, which allows some borrowers to pause their payments. Nearly 7.2 million homeowners were enrolled in the program, and now that number is down to just 1.7 million. Now that the Biden-Harris administration announced it has no plans for another extension of the mortgage forbearance program, which is set to lapse on Sept. 30, that number will drop down to zero. As a result, the 1.75 million Americans still in forbearance will need to resume making mortgage payments. However, they may not necessarily need to make full payments nor immediately make up for the missed payments.

Fortune recently reported that this combination of government support, recession-induced low-interest rates, and eager homebuyers set off a housing boom, pushing median home prices up a jaw-dropping 24%. However, although the housing market crash of 2008 is still lingering in the minds of current and potential homeowners, we are unlikely to see a repeat.

When this federal aid ends, many are understandably concerned that if they can’t make their mortgage payments, they’re doomed for foreclosure. But many current homeowners are sitting on sizable home equity. If they’re unable to pay their mortgage once this federal aid ends, they can opt to sell their homes in an already very intense seller’s market. This recent appreciation in home values means that more homeowners have positive equity in their homes.

So, suppose these homeowners are unable to resume making lower payments stretched over 40 years. In that case, they can sell their house at a profit without even thinking about the possibility of a foreclosure. This could be a glimmer of hope for the millions of frustrated potential buyers, although it may not give the current inventory much of a boost.

Additionally, homeowners that had accepted forbearance assistance are not in danger of seeing any hits to their credit scores. As long as the account was current when they entered forbearance, loan providers cannot report a pause in payments as “delinquent” to credit reporting agencies. This will allow homeowners who could sell their homes for profit to enter the market again when they’re financially able to.

What Does This Mean For Buyers And Sellers?

Buyers need to keep in mind that not every borrower will exit forbearance at the same time. Instead, they’ll be phased out over the course of several months. Zillow estimates 25% of the 1.7 million borrowers still in forbearance are likely to list their home for sale, adding an additional 211,700 homes onto the market in the coming months. But with that said, inventory is very slowly on the rise, and buyers will likely have more options in the months to come. As a result, buyers won’t be as pitted against each other as they have been in the last year, and hopefully, this means a more buyer-friendly market is on the rise.

Sellers can expect a more “normal” offer process in the next year. By now, you’ve likely heard the anecdotes of buyers offering far above asking price for a home in a feverish attempt to outbid several other offers (some even opting to forego inspections to secure a property). But, the offer process will likely normalize once again.

We can all expect home prices to continue to rise, which is a pretty major bummer to Millennials entering the market in the hopes of buying their first homes. Though the pace of appreciation should slow more next year, experts aren’t predicting it will be more affordable to get a house in 2022.